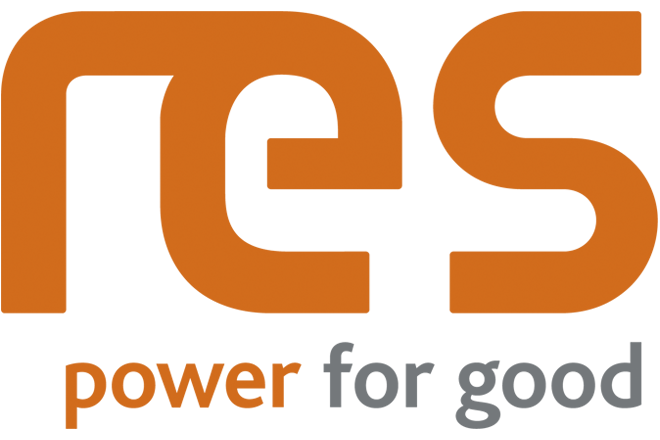 Training for one of the world’s leading renewable energy developers

Organisations invest in the best business systems to make themselves as efficient as possible. However, it’s the not the system itself that makes the difference but how it’s actually used by their employees. RES, one of the world’s leading renewable energy developers, is one company that recognises that a spend on software is very much more effective with a corresponding investment in IT skills training for its staff.

“Back in 2007, the various RES markets were solely focused on the core business of developing and constructing wind farms, placing constraints on the time they could contribute to Group initiatives. Simultaneously the Group were introducing a complex finance system that would impact on virtually every employee but with little or no training facilities, equipment, documentation or expertise,” said Tony Fidler, RES’ Agresso system development manager.

"We’ve found the webex sessions a particularly powerful and successful tool, both for refresher training and new joiners."

RES outsourced that user training to the specialist IT skills consultancy, Optimum, and has developed a close relationship with them ever since. This has grown from the original implementation, through monthly ‘business-as-usual’ training for new joiners, to a recent major system upgrade and extra training on the new functionality that RES is introducing as it continually develops its system.

RES faced a complex logistical challenge in 2007. The company had 250 people based in the UK, Ireland and France who needed training on Agresso Business World. Some operated from wind farms in remote, rural locations or even offshore. In addition, there was a culture change aspect.

The move to Agresso meant introducing a whole raft of new business processes, including online ‘self-service’ timesheet and expenses entry, workflow authorisation, requisitioning and approvals. This involved people who’d never been exposed to a finance system before. “Most of our staff are highly skilled and very busy engineers and project managers who had little or no previous experience of enterprise wide systems” observed Tony Fidler, “So there was a lot of resistance from some parts of the company.”

Optimum’s approach to training is that it has to be focused on the user to be effective. In that way the consultants design, develop and deliver very specific, role-based courses that are completely relevant to the individuals being trained. “Our role is to give our clients’ employees the exact knowledge they need to be able to use the system to do their jobs. That could just be submitting a timesheet, raising a purchase order or a budget holder handling approvals,” said David Blake, Optimum lead consultant for RES.

“What they don’t need is a lot of technical detail from systems people.” Tony Fidler confirmed that user focus was key to making the Agresso training a success: “We definitely needed Optimum’s very practical approach. RES is a dynamic organisation and persuading busy people to give up their time for training on input systems was only going to work if the courses were short, targeted and well delivered.”

Despite the reservations, RES received positive feedback from users on the content, delivery and style of the training courses, therefore the firm has continued to call on Optimum. The company has grown rapidly since the original implementation, adding another 175 employees to its European operations as the drive towards more sustainable energy sources has gathered pace.

Optimum carried out ‘business-as-usual’ training on Agresso for 18 months after go live, converting the project training documentation into classroom sessions for new staff as part of their induction.

These sessions were then adapted again to create a half day presentation demonstrating the Agresso software, backed up by hand-outs, which was rolled out to RES’ offices in the UK and Ireland.

In 2009, the company carried out an upgrade of its Agresso system, necessitating additional training for 240 UK staff. “The upgrade was a major project for us,” said Tony Fidler. “It was also an opportunity to learn from the past two years and refresh the training with Optimum to extract even more benefit from it.”

RES identified that the company needed to broaden the range of training methods it offered to improve users’ ‘buy-in’ to the system. Even though the initial Optimum training had been well received, there were still some instances of people avoiding using Agresso.

“We decided that we needed to give users as much easily accessible support as possible through a variety of good quality training methods and materials. A primary goal for the project team was to ensure that any non compliant users could not use “I don’t know how!” in their reasoning” said Tony Fidler.

The main training method for the upgrade was to continue with the presentation-based approach of the ‘business-as-usual’ phase, demonstrating the key new functionalities and features. Although it wasn’t easy to organise RES’ employees into mass training, due to the dislocated nature of the company and its staff, 90% of users received classroom training. Alongside the presentations, Optimum designed and recorded a number of webex or virtual classroom sessions to give staff an interactive e-learning tool accessible from their desktops via the company’s intranet.

The sessions included demonstrations of the new Agresso core functionality, as well as explanations, PowerPoint graphics, discussions and quizzes. Each one demonstrated a specific process, such as how to place a requisition, as an alternative to referring to a written guide. A live webex session was also recorded with actual users’ questions and discussion points.

“We’ve found the webex sessions a particularly powerful and successful tool, both for refresher training and new joiners,” said Tony Fidler. “They’ve been especially helpful for our remote users and we are looking to extend their use throughout company beyond Agresso.”

Optimum also rewrote and rebranded the training documentation they had produced for the original implementation. A 30 page manual was reduced down to a series of laminated ‘quick cards’ which users could refer to at their desks.

Tony Fidler noted that the revamped upgrade training has had a noticeable impact on the users: “It’s certainly helped change attitudes to the system. The number of negative comments has reduced and the amount of requests for training support from individuals has dropped as well.

“The quality of the Optimum trainers was a key factor here. We put them in front of staff at all levels in the company and we didn’t get a single negative comment back but a lot of very positive ones. I’m delighted,” he added. “It couldn’t have gone better.”

Going forward, RES will continue to develop its Agresso system, using more of the system’s functionality to submit credit card expenses for example. Optimum is likely to be involved in the user training. Working with Optimum has also boosted RES’ own in-house training capabilities. The company now does its own ‘business-as-usual’ training on the system and is looking at developing more webex sessions, however Tony Fidler believes they will always need a specialist user training resource.

“Getting the user training right at the beginning is critical,” he said. “If it gets off on the wrong foot, it’s very hard to turn it round later. That’s why professional trainers can add so much value and Optimum has certainly got it right for us. We’ve grown together.”