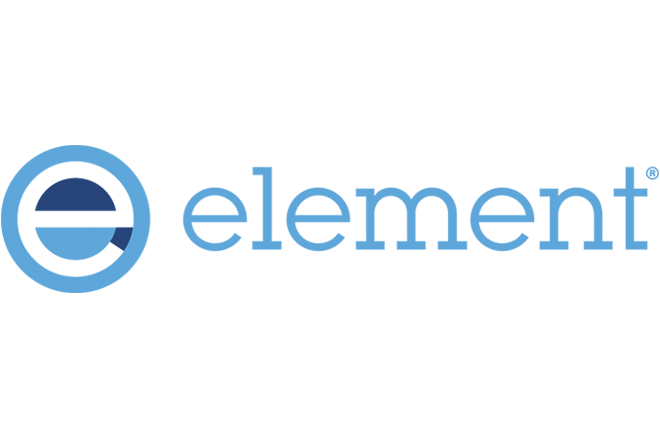 Training for the world's most trusted provider of material testing

Element Materials Technology is a rapidly expanding global group that needs to roll out its Microsoft Dynamics AX 2009 ERP system efficiently as it acquires new companies. The IT training consultancy Optimum has stepped in to develop a flexible end-user training package that can be delivered anywhere in the world as Element grows.

Dutch-owned Element Materials Technology has a team of 1000 scientists, engineers and technicians working in a network of laboratories spread across the USA and Europe. They specialise in materials testing, product qualification testing and failure analysis for the aerospace and defence, oil and gas, power generation and transportation industries.

For a company whose clients ‘achieve their long-term business goals by relying daily on the integrity of details’ Element’s own operations, systems and processes have to reflect that ethos.

“The tailored training materials provided by Optimum are now a real asset for Element going forward.”

With each new acquisition, there is a need to ‘Elementise’ that business, introducing the parent company’s core IT systems and business processes to align working practices and ensure a continuity of approach across the group.

Element initially used its Dynamics AX implementation consultants to provide the end-user training for the roll-outs of its AX 2009 system. However, this proved to be a burden on their resources and Element decided that outsourcing the programme to an IT training specialist would provide a more effective and efficient solution.

Element appointed London-based Optimum to design a bespoke role-based training programme focused on the end user that could quickly be deployed whenever Dynamics AX was rolled out to an Element office in any country.

The project kicked off with an Optimum training consultant, Geof Hillier, spending a week at Element’s head office undertaking an intensive period of knowledge transfer. To tailor the training programme to meet Element’s precise needs, Hillier needed to understand both how the organisation operated and specifically how staff used AX in their day to day work.

Working from the UK, Hillier then defined the training roles, designed and developed the courses, wrote lesson plans, scenarios and classroom exercises and built the data set up. A full set of training materials was produced including detailed reference guides and a suite of quick cards to cover all the key processes. The training programme was written to ensure new staff are given very positive messages about the business.

Hillier said: “Remote working wasn’t an issue; we used WebEx conference calls and email between here, Holland and the main US office in Minneapolis to clarify any points and finalise the content of the training programme.”

Optimum is responsible for providing the end-user training at every company that becomes part of Element. Two consultants delivered the first courses in Cincinnati, USA, followed by a period of post go live floor walking to provide extra support to the new users. Optimum has so far gone on to train system users in Detroit, Minneapolis, Amsterdam and in the UK.

Mike Harradence, a regional controller at Element, remarked: “One of the advantages of bringing in Optimum has been the trainer’s ability to deal with the exceptions encountered by staff to ensure that they fully understand the system.”

One of the critical elements in appointing Optimum was the consultancy’s ability to react very quickly, ‘parachuting in’ if necessary to train users at short notice, as happened in UK and Dutch offices.

Hillier noted: “We have a bank of very experienced trainers with in-depth knowledge of Dynamics AX so we can be totally flexible and deliver effective, tailored training even if we are still actually developing the courses and documentation for that site.”

Optimum has also handed over the training materials to Element for them to use, adapt and update as their AX system and processes evolve. Harradence noted: “The tailored training materials provided by Optimum are now a real asset for Element going forward.”