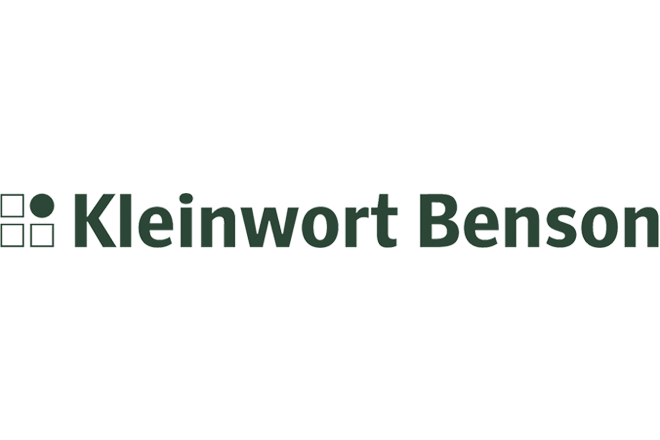 Kleinwort Benson, one of the most historic names in banking and investment management in the UK, is undergoing a complete business transformation process, involving new finance, operational and customer relationship systems. Optimum’s role was to support the bank’s super users to train the rest of the bank’s staff on Infracon, its new core banking system.

Because Kleinwort Benson offers its customers a very diverse range of highly bespoked banking services it wanted to keep ownership of the training in-house to utilise its staff’s detailed knowledge of its day-to-day operational processes. However, the go live deadline was brought forward by several months, followed by a change of ownership of the bank, which meant that extra resource was needed.

"Producing sound training documentation with the right level of detail, laid out in a methodical way, is a specialised skill."

The original plan was to have ten super users within the company who would take part in the system testing, write the user training material and then deliver the training to their peers.

“This is a major business transformation that will affect the vast majority of the 250 people based in our UK business,” said Dave Lee, Kleinwort Benson’ Infracon IT project manager. “Having our own staff carry out the training would mean they could deal with questions about our highly specialised transactional processes.”

The change of ownership at a late stage in the project though meant Kleinwort Benson faced a very aggressive timescale in which to introduce the new systems and without the expected help and expertise from a sister company. The bank decided it needed additional resource to reduce the burden of work on the super users, who were all continuing to do their day jobs alongside the new systems implementation project.

“The super users were under pressure so we brought in consultants from Optimum to support them in two key areas – designing and writing the training courses and materials, plus onsite backup when the classroom training was being delivered,” said Lee.

Having high quality, well-structured training documentation in particular was going to be key to achieving a successful business transformation. Kleinwort Benson intended to use the documentation not just for the system user training but to set out its operational procedures, which, in the highly regulated private banking industry, are open to extremely rigorous scrutiny and audits.

“Producing sound training documentation with the right level of detail, laid out in a methodical way, is a specialised skill,” said Chris Ollieuz, the consultant hired by Kleinwort Benson to oversee the project. “The super users knew the system very well but they didn’t necessarily know the best way to communicate the role-based knowledge that the users needed.”

Since the super users were training their peers, having professionally produced, well-structured courses and materials gave the training extra credibility and boosted the super users’ confidence.

The new banking system consisted of front, middle and back office modules. These were broken down into sub-components including client data, loans, securities and derivatives, portfolio management and finance.

The Optimum team developed training materials for each of them, producing role-based reference guides aimed at key audience groups. The documentation also needed to address the bank’s business messages as well as the functional elements.

Designing the courses and modules and writing the training material was made more difficult by the fact that Infracon was not a fully tested and working system when Optimum was brought in.

The go live timescale had been brought forward and finalising the system was then further complicated by the need, following the change of ownership, to move all the operational and back end processing to servers based at the bank’s Channel Islands’ data centre.

“It was a complicated project that required us to work in a dynamic environment that needed flexibility from our consultants,” observed Optimum’s Adrian Oxborrow. “Decisions and deadlines changed frequently and parts of the system and people weren’t available in the ideal order but our consultants are used to adapting to these scenarios.”

Key to success of the project was Optimum having the right people, with private banking industry knowledge, who would be a good fit with the Kleinwort Benson team. The Kleinwort Benson super users welcomed the support and a close working relationship developed with the Optimum consultants.

“It’s fair to say Optimum brought in an extra dimension,” noted Dave Lee. “The super users were very happy to hand over the responsibility for the courses and materials and to have the consultants on hand to guide and advise them in the delivery stages.”

Good co-operation existed from the first stage where the bank team transferred their knowledge of the system and the bank’s processes to enable Optimum to design and produce the courses and materials.
Andy Poile, one of the super users, said he was pleased that: “Optimum provided an excellent, friendly and valuable service, which made it a lot easier to produce quality material in the short time we had.”

“It’s very unusual for a client to want us to hand over a complete suite of training for them to deliver, simply because of the scale, but Kleinwort Benson took total ownership,” observed Oxborrow. “We were flexible enough to be able to support them in a specific role and they had absolute confidence in the material and course content that we’d collaborated on.”

Kleinwort Benson appointed Optimum to the project based on the consultancy’s understanding of the bank’s unique requirements, its knowledge of the banking sector and the professionalism of its people. The flexibility of their approach also meant the consultancy was happy to work with the client in the specific way they wanted.

Optimum was brought in to increase the size and capability of the Kleinwort Benson team and spent 120 days working on this major and critically important project for the bank. The consultancy delivered the expected outputs on time, on budget and to the required standard, a fact endorsed by a review of the project.

An internal bank audit identified that the user training was one of the ‘most ready’ parts of the project. “Optimum enabled Kleinwort Benson to achieve what it needed to in the timeframe required,” said Ollieuz. “We couldn’t have done it without them.”