When Greenwich Leisure Ltd (GLL) looked to update their old finance system to an ERP system they made sure they had considered all their options. After a long process of evaluation, GLL chose the Microsoft Dynamics AX 2012 ERP system, but found it was very different to their legacy system.

Founded over 23 years ago, GLL is a non-profit organisation with 340 leisure centres and libraries over the UK, as well as a college and the Healthwise programme.

Many members of the public rely on their services so it was important for them to make a seamless transition from one system to the next. This allowed them to continue to offer a high standard of customer service.

To spend so much on a new ERP system and not have staff correctly trained seemed like a poor return on their investment. So, GLL carefully searched for a Dynamics AX training provider who could efficiently train over a thousand members of their staff, in the two weeks before the new system went live. “The old system was very different from the new and that is why we needed professional training for all users,” explained Mirela Holmes, head of finance shared services and business administration. 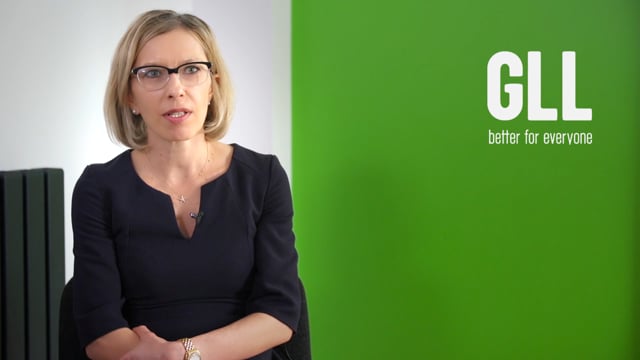 "Now that our project is live I am happy to say the training programme was very successful because, in just under two weeks before the system went live, we trained over a thousand members of staff all over the UK."

Mirela’s decision to use Optimum was essentially an easy one. “A lot of our people were very positive about Optimum because they could learn using written material rather than going to face-to-face training,” says Mirela.

So, during the RapidScope© phase, Optimum recommended the appropriate written deliverables, namely, trainer packs, quick cards, reference guides and eLearning. They also assisted the delivery of training with skill the trainer and classroom-based sessions. “When we chose Optimum they were very professional,” says Mirela who values professionalism and high standards.

The convenience of the eLearning modules and written materials suited her staff immensely as “they were able to refer to quick cards anytime they forgot about something.”

Once GLL went live with their new ERP system, Dynamics AX, they didn’t look back.

“Now that our project is live I am happy to say the training programme was very successful because, in just under two weeks before the system went live, we trained over a thousand members of staff all over the UK,” says Mirela.

As part of this Dynamics AX 2012 implementation, GLL also rolled out the popular ISV bolt-on, CoreHR (often referred to as a HCM system) for which Optimum also provided the end-user training.

Although Optimum had worked with other leisure centre groups before, they were mindful that every Dynamics AX system rollout is unique.

Optimum’s lead training consultant on this project said, “Working with GLL was a delight. At the end of the day it’s always rewarding to see our clients’ users gain the competence to use the system confidently to manage their workstreams more efficiently.

“I would recommend Optimum to deliver end-user training for any company implementing a new ERP system,” says Mirela.