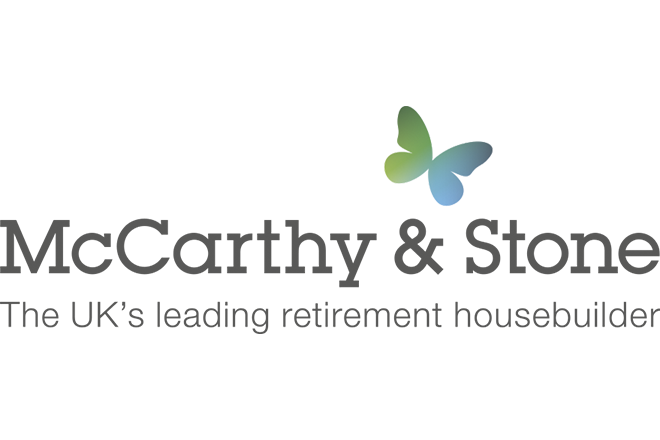 McCarthy & Stone is Britain’s leading retirement house-builder, providing 70% of the country’s owner-occupied and assisted living accommodation. In 2014 the Bournemouth-based group implemented the Agresso Business World ERP system to simplify and standardise business processes across its six regions and support its ambitious growth plans.

A critical measure of the implementation’s success was for there to be little or no impact on business performance. McCarthy & Stone’s project team recognised that because staff were completely new to the Agresso system a professional, high quality end-user training programme would be key.

Each McCarthy & Stone region is an autonomous operation and their finance teams, construction surveyors and buyers had been using a range of systems and spreadsheets to record and report. Moving the entire group onto a single system with a completely new set of processes and workflows was a major step and addressing change management issues would be a key part of the user training programme.

"We chose Optimum because of their experience of Agresso (U4BW), their collaborative approach and their flexibility.”

The client had bought into the changes that would create a more efficient McCarthy & Stone group capable of achieving its goal of investing £2 billion in land and building over the next four years, providing 12,000 new homes across more than 300 different locations nationwide. All Optimum had to focus on was leaving staff at McCarthy & Stone confident in their use of Agresso – which they did.

The IT training consultancy Optimum was briefed to design, develop and deliver a range of tailored, job-specific courses and materials that would give McCarthy & Stone’s 900 staff knowledge of how to use Agresso on a day-to-day basis, as well as an appreciation of the role the system will play in the group’s future success.

“We didn’t have the expertise or resource to create a user training programme in-house,” said Terry Gardener, McCarthy & Stone’s agresso training manager. “We needed the right materials and the right people delivering the training to make sure we met our objectives. We chose Optimum because of their experience of Agresso, their collaborative approach and their flexibility.”

Key to that is the consultancy’s use of client engagement managers. Optimum created the role specifically to give each client a primary point of contact who manages every single aspect of the project, including expectations.

“My job is to liaise constantly with the client to ensure we deliver a successful training programme on time and on budget,” explained Aisha LeGrand, the Optimum client engagement manager for McCarthy & Stone. “That ranges from agreeing commercial terms to managing resources in line with shifting scenarios through to providing the essential back office support.”

This frees up the consultants working onsite to focus on the detail of designing and delivering the most effective, tailored training programme.

“Having a client engagement manager to go to made it a really efficient process and was a very good experience,” noted Gardener. “There were lots of late changes to cope with but Aisha reacted swiftly and positively every time and we always got a resolution.”

McCarthy & Stone was rolling out Agresso nationally in time for the group’s new financial year, with head office going live first and the individual regions following over a twelve-week period.

Optimum was appointed at a time when only around 60% of the firm’s Agresso system had been built but the consultancy was able to produce the training plan that is the foundation for each of its projects. This identified the different user roles, who should be trained, what new skills each group needed, the materials to be created, as well as how, when and where the training would be delivered.

From that analysis, Optimum planned the content, duration, support materials and logistics for each training session. Bespoke, role-based courses were written with detailed reference guides to give core users step-by-step instruction on complex processes and to define exactly how the system was to be used. For light users, quick cards covered the essential elements of how to complete frequently used simple processes.

The course documentation and materials underwent an extensive review and quality assurance process. Terry Gardener and the key stakeholders in every region all had input and because some of the more complex processes were still being robustly debated and amended, those materials needed reworking several times to ensure their functional accuracy.

Gardener commented: “We were under pressure to deliver everything to a tight deadline but Optimum was very flexible and accommodating and produced all the revisions, even the very late ones, in the timescales needed.”

Given that Agresso was completely new to McCarthy & Stone, and that 900 staff would interact with the system on some level, Optimum judged that face-to-face classroom training for everyone, backed up by eLearning, plus some WebEx sessions, would be the most effective approach.

Optimum wrote the eLearning scripts in collaboration with McCarthy & Stone’s existing internal learning development team who then created and now manages their own hosting system.

The training was given on a just-in-time basis, two weeks before each region went live, to maximise its effectiveness. After running a successful pilot, a team of eleven Optimum trainers delivered a series of courses ranging from half a day up to five days for the key finance users.

The majority of the finance courses were held in Head Office, however the commercial buyers’, surveyors’ and overhead requisitioning courses were delivered on a rolling regional basis in the southeast, the southwest, the midlands, Altrincham, York, Scotland and New Milton.

One of the key measurements of the training’s success was for there to be a very low volume of calls for post go live help. To achieve this McCarthy & Stone and Optimum designed a one month period of high support activity, dubbed ‘hypercare’.

As part of this, Optimum trainers provided ten days of floor-walking to give face-to-face support in each location immediately after go live. The project team also ran a help-desk and McCarthy & Stone put in place expert system champions with dedicated mobile phones to answer any queries within the first two weeks.

“We had a goal to provide each region with extensive help within the first 10 days of go live with a view that the number of calls and emails received after this period would subsequently be reduced,” said Gardener “and we got there.”

He added: “Feedback from the users on the training itself was very positive. We met our aim that after receiving training they would be left using Agresso confidently and enthusiastically and understand how the application change would affect all areas.”

Optimum has also produced training packs that, in time, will enable McCarthy & Stone’s new internal learning and development team to take over the Agresso system training. Meanwhile the consultancy has been retained to work with that team and to provide ‘business-as-usual’ refresher and new joiners’ training.

“We couldn’t have done this without Optimum; they got us through the whole process and made it work,” Gardener acknowledged. “It was a very demanding, pressured six month project but they reacted smoothly to the mass of changes and fitted in with whatever we needed, moving resource around and doing whatever it took to deliver.”