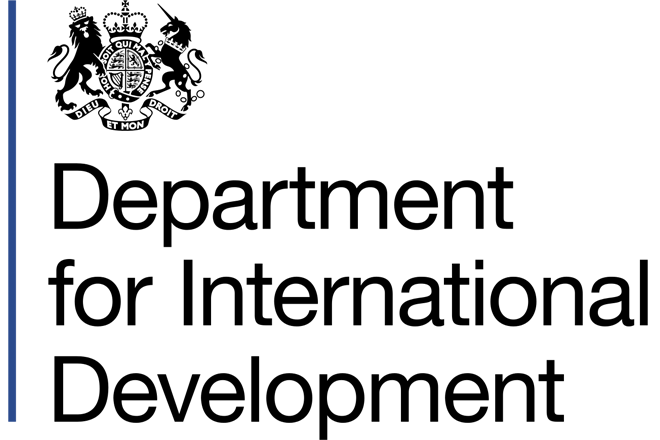 Being an IT skills trainer isn’t usually classed as a ‘hazardous’ occupation except when you’re working for the specialist consultancy Optimum and the client is DFID, the UK government’s Department for International Development.

In DFID, Optimum completed its largest and most complex ever business systems user training project (to date). Over three years, 14 Optimum trainers joined 27 from DFID in delivering 30 different role-based training courses to some 2000 DFID staff in 40 countries worldwide from Afghanistan to Zimbabwe.

The training was part of DFID’s ARIES project, a major corporate undertaking to effect business process change in the areas of finance, procurement, project management, administrative management and corporate reporting across the department. This project included implementing an Enterprise Resource Planning (ERP) system to give DFID, with its £5.7 billion aid budget, a fully-integrated financial, eprocurement, reporting and project management system.

"The feedback has been excellent, especially given the scale of the project, the diversity of the target audiences, the number of different courses run and the huge trainer team involved."

Optimum was deeply embedded in the project from the outset, bringing together its specific system training expertise with DFID’s knowledge base and business requirements. James Webb, Optimum’s DFID project manager, said: “Implementing an ERP system was uncharted territory for DFID and the intricacies of the training were very specific so having an external, specialist resource in support would help ensure the success of the project.”

Optimum developed each role-based training course to fit DFID’s business model, then wrote all the training materials from user guides to ‘back-at-desk’ help tools such as quick reference cards. Once the development phase was complete, Optimum worked closely with the DFID trainers through a specially designed trainer readiness programme. This included a specialist ‘Skill the Trainer’ course delivered by the Training Foundation, which gave the DFID team IT trainer accreditation.

The ERP user training was rolled out to global regions in two pilots followed by five further phases, starting with the UK-based central finance and IT departments and then gradually encompassing all DFID’s business units in the UK and overseas. Approximately 75% of DFID’s worldwide staff have access to budgets so needed some level of training on the new system, with the role-based courses ranging from half a day to three days.

Optimum supported DFID in the complex administration of the courses, which involved co-ordinating staff based in over 40 countries. The consultancy also used its expertise to help allocate trainer resources. The largest phase geographically involved simultaneous training in nine different countries in west and southern Africa plus two UK departments.

Since access to the new ERP system depended on each staff member completing the specified training for their individual role, DFID’s IT team developed a bespoke web front-end training management system to allow Optimum to record course attendance.

Once the user training was complete, Optimum provided immediate post go live support including floor-walking in each overseas office and UK department. Webb noted: “This proved particularly successful in testing and improving the training programmes as users’ live issues were picked up and their feedback reflected through into modifications to the courses and materials.”

Optimum added value to the implementation in various ways. Bringing an outside perspective and expertise to the project at every stage from the design, to the management, delivery and evaluation of the user training helped DFID to make much more informed decisions on how to proceed.

That value was reflected in the evaluation scores received, particularly from the overseas offices. Feedback on user satisfaction with the training was high from the start and climbed to 90 – 95% satisfaction level in the later stages.

The scale of the project – training people from very different cultures in dozens of different roles, in widely varying conditions around the globe, not only on new systems but in new business procedures – meant a lot of lessons were learned as the project progressed.

One of the most important was to select the right mix of trainers with a balance of skills, experience and perspectives to make up the training team. DFID had finance and procurement specialists involved from the system build, plus representatives from different departments from the UK and overseas offices. The whole team was split into functional sub-teams to deliver the user training. “The team has grown up organically with senior trainers in each location chosen on merit, whether they were from Optimum or DFID,” said Webb.

As well as people, technology is critical. When there were technical issues, Optimum worked closely with DFID’s IT staff to resolve them but the trainers, both DFID and Optimum, had to learn a lot about building and supporting the training servers themselves. “It’s important to invest as much in your training server as the main system build because you can’t train on a training system when it’s down.”

Webb pointed out. “A lot of expensive resource can potentially be wasted, especially where you’ve flown in users from different countries.” Another key lesson is that changes to operational procedures accompanying business process change should ideally be finalised ahead of the start of training to enable these procedures to be integrated into the training materials and delivery.

DFID is now managing the on-going ERP training for new users in-house. Optimum has left the DFID team with valuable inputs to support this effort, including a training build on which they can run their courses, as well as a complete set of revised and up to date training documentation.

Reflecting back on the last three years, Webb noted: “I think DFID would agree that the project was a success. The feedback has been excellent, especially given the scale of the project, the diversity of the target audiences, the number of different courses run and the huge trainer team involved.”