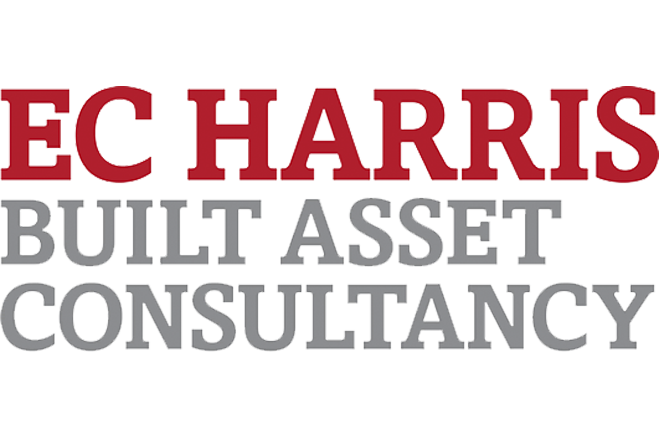 Implementing a business critical enterprise resource planning (ERP) system on a global scale is a highly complex project. But ensuring staff are trained to use it properly, whatever their role and wherever they are based, is just as key to success as the software itself.

EC Harris, a leading international built asset consultancy, was recently faced with training 2,700 people across three continents after a major re-implementation of its finance and HR system. The UK contingent of 1,800 needed training within a timeframe of just five weeks.

EC Harris was upgrading its Business World (Agresso) ERP system from Unit4 Business Software to deliver more accurate, more timely management information and to bring operational efficiencies through improved transactional processes. But the company realised that unless everyone used it correctly, the business benefits that had originally justified the seven-figure investment were less likely to emerge.

"Outsourcing the training to an external, professional consultancy added credibility to the whole project because we had visibly invested in our staff."

Neil Morling, EC Harris’ group finance director, noted: “It was a huge project and the quality of the user training was going to be crucial. It’s not what the system itself can do that makes the difference but how it’s used minute-by-minute.”

Having recognised the importance of user training, EC Harris took the decision to outsource it to an external, professional IT skills consultancy. “I’ve always seen training as a specialised piece of work in terms of understanding and delivering the right messages in a way that’s relevant and meaningful to the audience,” said Morling.

He added: “We didn’t really have the training resource in-house, and finance and HR people possibly don’t have the best reputation for enthusing others.”

EC Harris’ Agresso implementation consultant, Andrea Williams of Williams Woodward, agreed: “User training absolutely has to be done as a separate project stream,” she observed, “and outsourcing it is an art form in itself. The consultancy has to have the ability to thoroughly understand the organisation and its business processes as well as the system.”

Williams awarded the contract to Optimum, a well-established IT skills consultancy who she describes as ‘the only trainers in the UK who provide a structured training programme on the Agresso system’.

Optimum’s approach is to focus training on the users themselves, tailoring the content to the different roles and skill sets of the people being trained.

Under its contract with EC Harris, Optimum rolled out user training in three phases. The consultancy first designed, developed and delivered Agresso courses and documentation for some 300 staff in the United Arab Emirates.

In phase two, Optimum consultants adapted the material to meet the local reporting and tax requirements of EC Harris’ operations in Asia, training 250 people based in Hong Kong, Shanghai, Taiwan and Singapore.

Because the teams here were smaller, Optimum designed a new four-day course to give staff an overview of the whole system alongside specific training relating to their individual roles, with modules on how to support the system. Classroom training was also supplemented with more one-to-one sessions and floorwalking.

In phase three – the largest – Optimum’s team simultaneously trained 1,800 people in eight regional offices across the UK within a five-week timescale.

The IT skills consultancy updated, enhanced and localised the courseware from Asia to fit EC Harris’ new UK and Irish group format. EC Harris’ project managers had been given much more responsibility for the system so a five-day course was developed for finance users and regional finance managers who needed an overview of the entire Agresso system and how to support it.

In addition, Optimum created a series of one- or two-day courses on individual modules. The courses were also extended to include new training on the group’s recently introduced HR self-service processes, such as entering holiday and sickness details.

Full-user reference guides were produced, as well as a dozen quick cards for project managers, to give them easy to access back-at-desk help on specific processes.

In the final part of phase three, Optimum delivered classroom training in six countries in mainland Europe and ran specially designed WebEx sessions for users in Russia, Eastern Europe and the USA.

“The UK and European training was a huge logistical operation,” said Williams, “but Optimum did an excellent job. The trainers were very flexible, they interpreted EC Harris’ needs well and delivered a structured programme of the right level and style of training.”

“Introducing timesheets for everyone is one example,” said Morling. “It helped that external professionals, rather than colleagues, delivered those change messages because they didn’t get side-tracked into answering questions on ‘why do we have to do that?’. Optimum, instead, turned it into a ‘how do we do it?’ issue.”

Williams added: “End-user system training is a key factor in driving change and Optimum added a lot of value by communicating the change messages clearly and consistently.”

EC Harris focuses on getting its clients’ best value from their built assets and they apply that same approach to their Agresso implementation and training.

The analysts, Gartner, have identified that companies spending less than 13% of their ERP project costs on training are three times more likely to fall short of their business and project goals than organisations spending 17% or more.

EC Harris did, in fact, invest around 17% of its Agresso global implementation budget on user training. Although it is still early days, Morling reports that the system is being used correctly and consistently across its worldwide operations. To ensure this remains the case, the organisation has taken Optimum’s user training materials and the WebEx sessions and made them available to staff on the group’s intranet.

Gartner also estimated that each hour of effective training is worth five hours to the employing organisation. This is attributed to well-trained users reaching the required skill level in a quarter of the time, needing less support from peers and helpdesks, and spending less time correcting errors. Certainly EC Harris reported that the number of calls to its Agresso support desk dropped dramatically within a few weeks of go live.

Optimum as a consultancy sees much of its role as adding value and Williams endorsed that view. “Where Optimum added most value was in managing the end users,” she said. “The fact that they were happy users when they came out of their training was a huge win.”

Morling agreed: “Outsourcing the training to an external, professional consultancy added credibility to the whole project because we had visibly invested in our staff.”

In terms of value for money, the vast majority of Agresso users in the EC Harris group had a minimum of half a day hands-on training, usually in their own location. Others had WebEx sessions or received detailed training notes and guides. There was also a huge amount of localisation work put into the courses and materials. Morling summed up: “Bringing Optimum in took a weight off my mind. User feedback on the training was excellent in all three phases and we certainly felt that we got good value from the whole experience.”