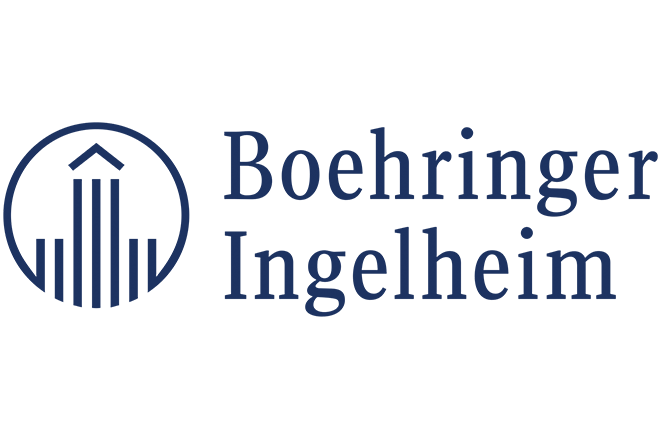 Optimum, the IT training consultancy, scored a 98% satisfaction rating when it trained the UK sales staff of one of the world’s top 20 pharmaceutical research companies on a new customer relationship management (CRM) system.

Boehringer Ingelheim turned to Optimum to develop and deliver user training for its animal health division sales staff around the introduction of the CGlobal CRM system used by its European colleagues. A lean, primarily sales-based company, it had limited in-house operational resource and little experience of planning and executing IT training courses.

The four-month project culminated in the delivery of six role-specific training courses for 75 sales, marketing and technical staff and their managers, which had to be delivered concurrently over three days during a national company conference.

“The course content was solid, contained everything our staff needed and more, and they are now using the system well in their day-to-day jobs.”

92% of the delegates reported leaving the training feeling confident that they could use the system, with 100% rating both the skills and knowledge of the trainers and the documentation either good or excellent. 97% agreed the course content was good or excellent.

In preparation, Optimum’s lead consultant on the project, Elizabeth Strickland, was embedded in Boehringer Ingelheim’s Bracknell offices, to work closely with the project team on a daily basis. This ensured very detailed knowledge transfer of the system and equipped her to design and develop a tailored and comprehensive training pack.

Mark Harmer, Boehringer Ingelheim’s project co-ordinator, noted: “Elizabeth was very focused and gave us good, firm guidance on how the training should be structured and formatted to get the best results.”

The project scope included writing the individual training courses and their delivery guides, producing scripted exercises and creating screen presentations peopled with real data. Very detailed user reference guides were produced, along with a series of quick cards covering the most common processes that were available either electronically as PDFs on the sales teams’ laptops or iPads or as a hard copy.

Optimum also wrote a wide range of scripts for the system’s user acceptance testing (UAT) and a communications plan as part of the change management programme. To provide an extra resource, Optimum handled all the planning and administration around delivering the courses from booking rooms, to organising delegates and printing materials.

Boehringer Ingelheim entrusted the project to Optimum after an extensive market tender and evaluation process.

Grimmett said: “While cost was a factor, we made the decision based on credibility and Optimum’s previous experience, not just in training on CRM systems but also for user acceptance testing.”

The quality of the system build was a key factor for the firm and the project team drew up a spreadsheet of requirement codes to cover its many different sales scenarios, all of which needed testing.

Optimum wrote the accompanying scripts and updated them to reflect changes in the system as it developed, before training the UAT users and sitting in throughout the four days of UAT to provide immediate support if necessary.

Optimum was developing and adapting the main user training courses and materials alongside the UAT documentation.

Once the system had been accepted, the consultancy delivered a pilot training course and materials for the sales super users, one from each of the regions and the different parts of the business. The training was well received, especially as a Boehringer Ingelheim project team member sat in to provide instant feedback, giving the super users a feel of ownership of the new system.

With the system development phase and UAT having taken longer than originally planned, timescales had been squeezed but it was critical that the wider user training on CGlobal coincided with a national sales conference.

Optimum’s lead consultant had trained five other colleagues on the finalised system to enable them to deliver the six different user courses, tailored to sales, marketing, technical or managerial roles, over the same three days. The opportunity was taken to reinforce the super users’ training that had taken place just two weeks earlier.

Humphrey Grimmett said: “Our sales staff often work remotely and have a wide variety of roles so they need to use CGlobal in different ways. It was a very positive aspect of Optimum’s offering that they could provide simultaneous, bespoke, role-based training.”

User feedback on the training was overwhelmingly positive and post training the majority of support calls to the Boehringer Ingelheim project team were around the system itself rather than how to use it.

Dave Mansfield, the project lead for Boehringer Ingelheim, noted: “The course content was solid, contained everything our staff needed and more, and they are now using the system well in their day-to-day jobs.”

After the user training, Optimum handed over all the training materials to Boehringer Ingelheim to use for new recruits or for any refresher training. This will also to enable the firm to adapt and develop the training programme and documentation as its CGlobal system evolves.

In Optimum’s experience major IT projects can often be met with resistance and scepticism by users. But committing resources to professional training can add credibility and help build user buy-in to a new system.

Humphrey Grimmett reflected: “Having Elizabeth working in our office throughout was invaluable because the whole project team could liaise with her on a daily basis. It helped to ensure that everything was delivered on time and to a high standard, even when the pressure was really on.” He concluded: “I’d say the training was a tremendous success.”